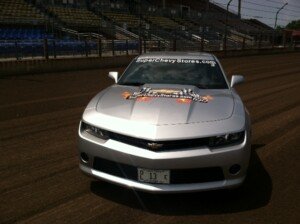 SPRINGFIELD – Central Illinois Super Chevy Stores sponsor the first appearance this season on dirt by stock cars in ARCA Racing Series presented by Menards, and the car count is expected to rise sharply for the Tony Bettenhausen  100 for USAC Silver Crown cars as an auto racing doubleheader puts some of the finishing touches on the Illinois State Fair. The Bettenhausen 100 is set for Aug 16 with the Central Illinois SuperChevyStores.com 100 taking the green flag on Aug. 17, when the Sportsman Nationals also run for the 21st consecutive year.

“We’re proud to once again bring exciting auto racing to the Illinois State Fair,’’ said race promoter Bob Sargent, who also holds USAC and ARCA races at the DuQuoin State Fair. “A fairgrounds track brings racing back to its roots. Making Memories is the theme to this year’s fair, and USAC and ARCA have been making memories for generations of race fans.’’ 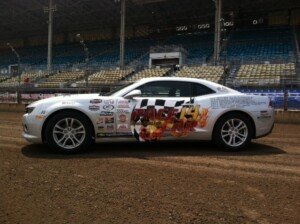 The Tony Bettenhausen 100 didn’t have an Illinois driver win it in 29 years before A.J. Fike of Galesburg took the checkered flag in 2012. When he won it again last season, Fike might have started a new tradition. He took the lead on lap 92 of the 100-lapper for the third Silver Crown win of his career last season. It’s hard not to get nostalgic. Before Fike, the last Illinois driver to win the Bettenhausen 100 was the namesake’s son, Gary, who won it in 1983. Gary Bettenhausen passed away earlier this year.

The SuperChevyStores.com 100, also known as the Allen Crowe Memorial, is one of two races on dirt in the ARCA Racing Series presented by Menards, joining DuQuoin as the only time the series gets off pavement. The unique events bring dirt track racers from all backgrounds.

Last summer, Brennan Poole raced to the thrilling ARCA win in Springfield after locals Kelly Kovski, driving for Allgaier Motorsports of Springfield, and Fike were black flagged for jumping a late restart before a large crowd and an NBC Sports Network television audience. Kovski wanted to become the second Springfield native ever to win a championship race at the Illinois State Fairgrounds in more than 70 years of sanctioned championship auto racing. Fike attempted to complete the weekend sweep.

With the Tony Bettenhausen 100 bringing some of the biggest names in open-wheel dirt track racing, expect to see talented fields at Lincoln Speedway and Macon Speedway. In both programs, gates open at 5 p.m. with racing at 7.