May 11, 2016-Indianapolis, IN-Kingsburg, California’s Kody Swanson entered the 2016 USAC Silver Crown season as just the tenth driver in the 45-year history of the series to win at least two national championships, and enters the prestigious Hoosier Hundred presented by TBA Oil & Warehouse at the Indiana State Fairgrounds as tenth man to win back-to-back events on the ‘Track of Champions’ since 1953.  Swanson has the possibility to join only Jimmy Bryan and Al Unser as the only men to win the Hoosier Hundred three years in a row.

The legendary “Arizona Cowboy” Jimmy Bryan won three consecutive Hoosier Hundred events in 1954, 1955 and 1956 driving the famed Dean Van Lines Kuzma dirt car for another legend, chief mechanic Clint Brawner.   All four of Unser’s Hoosier wins were in the same Grant King car owned by Vel Miletch and Parnelli Jones with two coming in Johnny Lightning livery for chief wrench George Bignotti and the other two in the Viceroy colors. 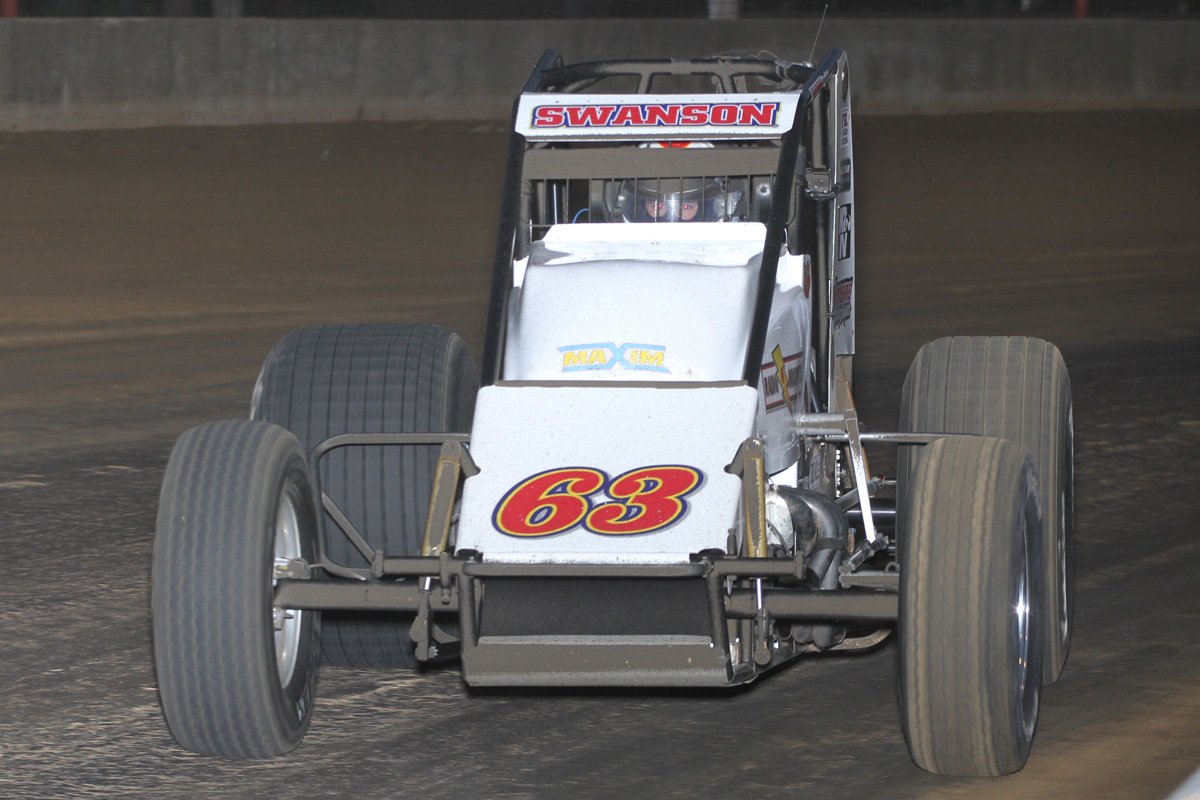 Swanson’s two victories on the flat, tricky one-mile dirt track were near copies of each other.  Swanson let others lead in 2014 before taking the top spot and leading the last 23 circuits; he was perhaps less patient in 2015 taking the lead for the last 33 circuits before pulling into victory lane.  Both victories and national championships have come at the wheel of a car with familiar livery.  Swanson’s chief mechanic is the legendary Bob Hampshire who won three Hoosier Hundred races and two national championships with Jack Hewitt at the wheel of the red and white number 63, a scheme currently piloted by Swanson.

Swanson, Bryan and Unser are among a select group of fourteen drivers who have won 100-mile championship dirt car races on the three remaining active one mile dirt tracks in the United States, Indianapolis, Springfield and DuQuoin.  While Bryan (55 & 56) and Unser (1970) swept the three in the same season, Swanson accomplished the feat over a four year period.  He first won at DuQuoin in 2010, placed the Indiana mile on the list in May of 2014 and completed the tri-fecta by winning at Springfield in August of the same year.

Swanson’s quest for the three-peat doesn’t get any easier on May 26.  Full fields of cars appeared at Springfield and DuQuoin as growth continues in the Silver Crown Series with a full field expected at Indianapolis.  Twenty-nine cars made the trek to the Indiana capitol last year and with several new entries being prepared for 2016 this year’s event promises to be one of the best in recent memory.

Three-time Hoosier Hundred winner Dave Darland is expected to challenge Swanson from the seat of a new ride as is two-time DuQuoin champion Shane Cockrum, two-time Springfield winner A.J. Fike and two-time Hoosier Hundred winner Jerry Coons, Jr.  Second generation driver C.J. Leary won the race at Terre Haute in April joining his father Chuck as the only father-son duo to post wins in the 46 year history of the series.  Leary is expected to compete as well.

This year’s Hoosier 100 presented by TBA Oil & Warehouse is the middle race of the newly named USAC’s “The Week Of Indy”.  It all starts on Wednesday, May 25 at Terre Haute with the Tony Hulman Classic for the USAC AMSOIL National Sprint Cars, then to the Hoosier Hundred at the Fairgrounds, and finished off by the Carb Night Classic at Lucas Oil Raceway for the Silver Crown Cars.  A three day SUPERTICKET is available online at www.usacracing.com for a 25% discount on three day pricing.