TOLEDO, Ohio (March 8, 2017) – After a 23-year pause, the ARCA Racing Series presented by Menards is preparing to push “play” for the third consecutive season at tradition-rich Fairgrounds Speedway Nashville. The Music City 200 presented by Azure Foundation, part of a stock car double-header, is coming Saturday, April 7-8.

The second event of the season for the ARCA Racing Series, on the heels of Daytona, will mark the 26th ARCA appearance at Nashville since its debut on the historic short track in 1959 when three-time ARCA champion Nelson Stacy won the inaugural 300-lap race. 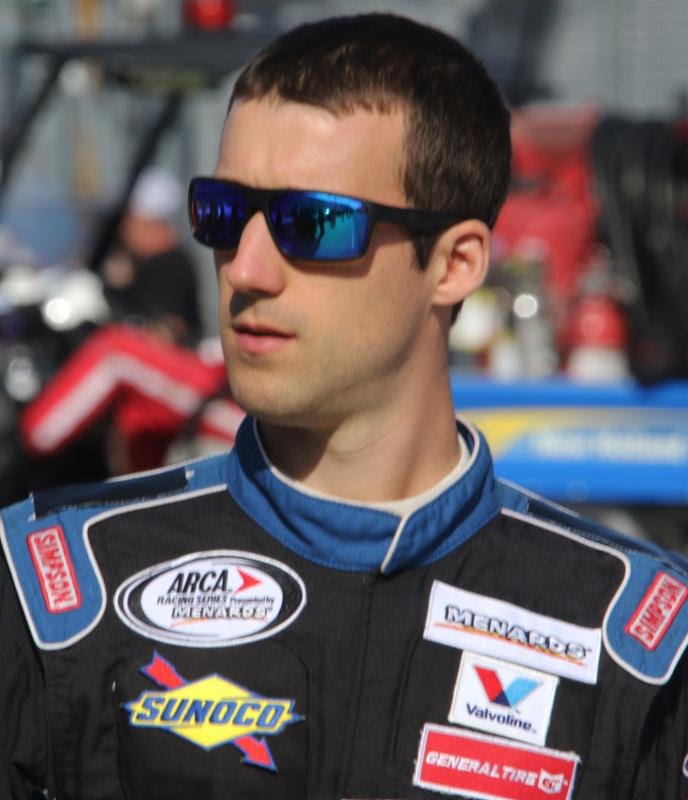 Current ARCA Racing Series point leader Austin Theriault hopes to add his name to the impressive list of ARCA winners at Nashville, and he’s off to a great start. The Fort Kent, Maine driver opened the season with a victory at Daytona Int’l Speedway. He’ll now look toward Nashville for what would be his career-first ARCA short track triumph.

Theriault, who drives for Ken Schrader Racing, has just three ARCA starts, but he’s won two of the three and finished fourth in the other. His three previous starts have all come in the older steel-bodied cars; however, Nashville will mark his first start in the new composite bodied car.

“I’ve had three races in the older type body car, but I’ve never raced the composite car. That could be a potential advantage or maybe a disadvantage…I’m not really sure,” said Theriault.

“I’m not worried about it. The team at Ken Schrader Racing has raced it enough that it doesn’t matter that I haven’t. I love the way the new cars look…much closer to a production model. I’m really looking forward to Nashville…it’s what ARCA’s all about.”

This year’s Music City 200 will also include the North-South Challenge 100 presented by Team Construction with the Southern Super Series and the ARCA CRA Super Series combo race. Last year, CRA got added to the Super Late Model mix to create the North-South shootout. The field saw a jump to 35 cars featuring some of the best short track racers in the country, with Donnie Wilson winning the top prize over Steven Wallace.