(DuQUOIN, Ill. – August 31, 2015) – Whenever Shane Cockrum was entered in an ARCA Racing Series presented by Menards event at Springfield or DuQuoin over the last few seasons, it was always in Brad Hill’s No. 71 Tim Cooksey Oil Ford.

And it shall be so again when the 62nd running of the Southern Illinois 100 presented Federated Car Care rolls off on the DuQuoin State Fairgrounds Magic Mile dirt Labor Day Monday, September 7. However, the effort will go off without the man who made it all happen – car owner Brad Hill, whose untimely and unexpected passing in April of 2015 tore through the heart and soul of the team. 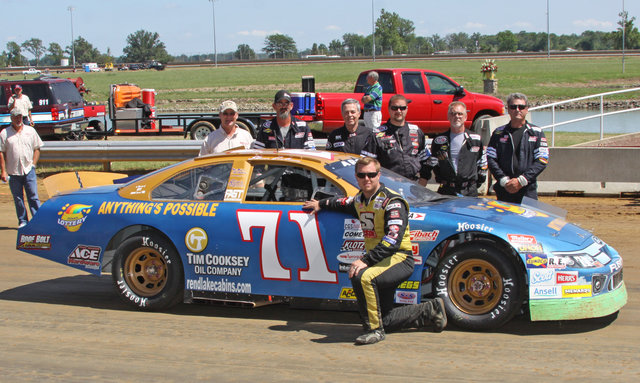 “Brad’s irreplaceable,” Cockrum said. “There’d be no team without him. Fortunately, before he died, he put together a really good group of guys. Once the shock started to subside – the sadness and grief will never wear off – we got some momentum going for what Brad would have wanted us to do.

“Tim Cooksey of Cooksey Oil stepped up. Greg Kimmel, a retired pharmacist from here in Benton (Ill.) came to the rescue. Greg was a good close friend of Brad’s…Brad made everyone feel like a good close friend. He really was an incredible man. DuQuoin was Brad’s love. The more we began to talk, the more we wanted to go back (to DuQuoin) one last time as a memorial to Brad.”

The dedication and memorial to Hill goes beyond the ARCA stock car program. When Cockrum’s Silver Crown car owners – the Hardy Boys – got wind of the reinvigorated plans to revive the No. 71 ARCA car, they decided to change their longtime number 66 on their Silver Crown Champ Car to No. 71, in honor of Hill.

The combination of the Hardy Boys and Cockrum is an extremely effective one. Cockrum is not only the defending Ted Horn 100 Silver Crown winner at DuQuoin, he won the Silver Crown race back in July at the Terre Haute Action Track. Cockrum also led 41 laps last week at Springfield before a right-rear tire issue dropped him back. 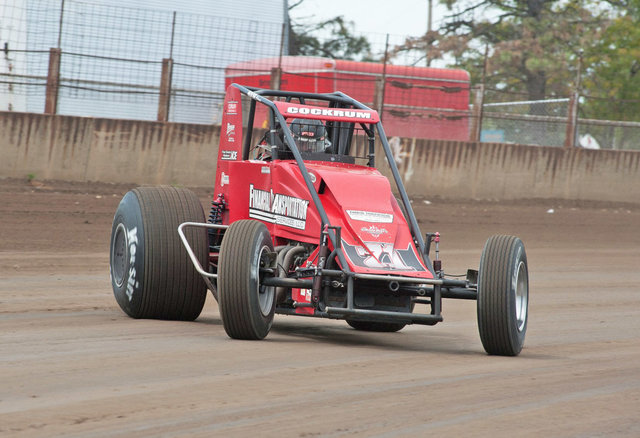 “We’re coming back to defend our title (at DuQuoin),” Cockrum continued. “And we’re thrashing hard to get the ARCA car ready…we’re about 95% there. We’re actually running a different ARCA car this year than last year. This is a really nice car. This is the car that Brad was getting ready to run Chicagoland with.

“We’re really looking forward to running both shows with the 71. It’s our salute to Brad, and I’m honored to be driving both.”

Cockrum is clearly the local favorite at DuQuoin.

“DuQuoin is 20 minutes from the house,” Cockrum said. “We seem to have a little better luck there, and I credit that to our hometown crowd. In driver intros, you hear your name called out and you hear that roar from the crowd. It really gives you that little extra. It makes a difference.”

In addition to working a full-time job as a fire fighter for the city of Benton, Illinois, the 33-year-old local fan-favorite runs his own fulltime towing business. And oh by the way, he races 50-60 times a year in a combination of ARCA, Silver Crown, sprints and midgets. He’s married and the father of two girls – 14 and 10.

Outside of running back-to-back races on the same mile dirt track, Cockrum says there isn’t a lot of cross-over from a 1,500-lb. open wheel car to a 3,400-lb ARCA car.

“They’re really two totally different disciplines. Getting in a hundred miles the day before the ARCA race is beneficial, but there’s a big difference in the way you put a 1,500-lb. car in the corner and the way you go in with the ARCA car. The ARCA car is really cool the way everything slows down; it’s like running in slow motion.

“I really think the biggest difference between the two is that the changes in the handling in the Silver Crown cars are far more dramatic. You have 75 gallons of fuel right behind you in the Silver Crown car, so you’ll lose four-to-five-hundred pounds of fuel weight over the course of the race, and you’re always, constantly chasing that feeling. The ARCA car is way more steady and stable where the changes throughout the 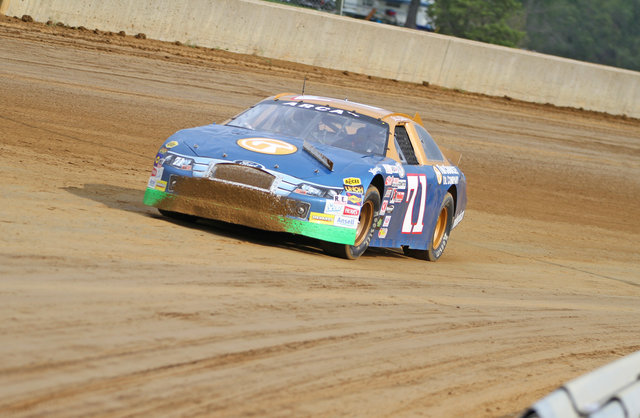 Raceday Schedule/Media Coverage
The 62nd running of the Southern Illinois 100 presented by Federated Car Care is scheduled to get the green flag at approximately 1:30 p.m. local Central time. Practice is scheduled from 9:00-10:00 a.m. with Menards Pole Qualifying presented by Ansell following at 11:15. ARCAracing.com will feature live audio coverage of all on-track activities including flag-to-flag coverage of the Southern Illinois 100. Live timing and scoring of all on-track activities and live chat box will also be available throughout the afternoon at arcaracing.com.