TOLEDO, Ohio (August 29, 2016) – The deal came together fast, but the locals will be glad it did when Centralia, Illinois’ Joe Cooksey marches through the gates at the DuQuoin State Fairgrounds for the 63rd running of the General Tire GRABBER-Southern Illinois 100 Sunday, September 4. 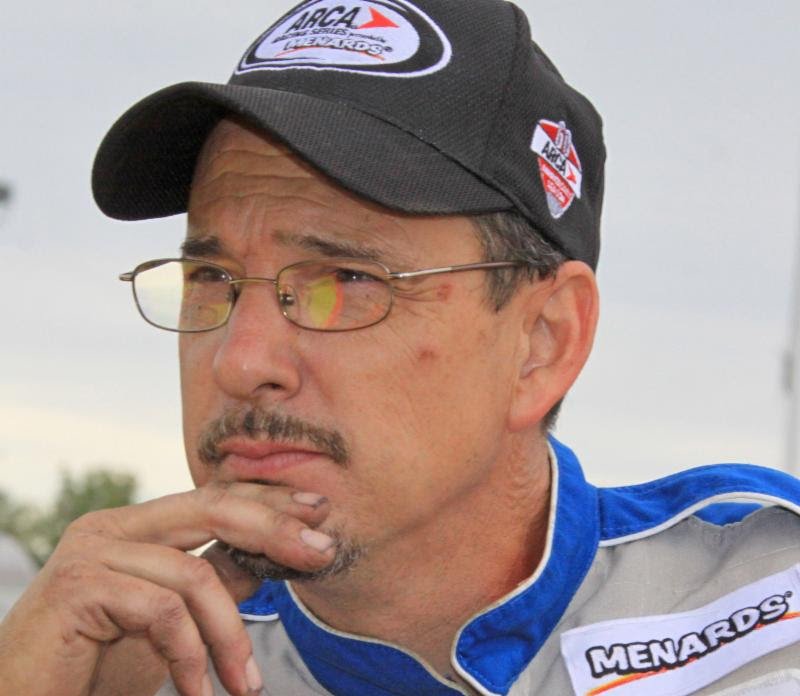 As the crow files, Centralia is about 40 miles from DuQuoin. In a field already stacked with Illinois flavor, it got a lot tastier when Cooksey made a bargain on the fly with longtime ARCA team owner Wayne Hixson last weekend at Springfield.

“Got up to Springfield Sunday morning…walked up to Wayne (Hixson) and said, ‘got my car done?'” Cooksey joked.

“Actually boy I just might,” came back the quick reply from Hixson.

“I went up to him last year at Springfield and asked the same question…just sort of kidding around,” Cooksey continued. “He told me that if I would have gotten with him a month earlier, he might have been able to make it happen.”

The lesson learned here…the answer’s still no if you don’t ask. Cooksey asked, again, and this time the deal is done. Cooksey, who hasn’t raced at either Springfield or DuQuoin since 2009, made a round trip trek to Chattanooga, Tennessee Saturday, picked up the car and pulled it home to give it a quick once-over before the race. Although it’ll be No. 2 at DuQuoin, it’s the same car (No. 11) that Eric Caudell drove at Springfield.

“The body’s really nice on the car. I’m just going to do the things that I know work…a lot of little things we’ll incorporate in the car. We’ll get as good of a finish as we can without tearing anything up…under strict instructions not to tear it up. Obviously, I’m not going to win the race…just be there at the end and see where that brings us out.

“We won’t take the motor out but take everything else out…shocks, springs, sway bar, gear. We’ll put it on the pull-down that we use for our late model…get the front-end geometry right; then put it back together. If nothing else, it’ll go around the corners good. We can’t wreck it…same car he’s gonna run at Chicagoland.”

Cooksey finished a career-best fourth in ARCA national championship standings in 1999, the same year he finished a career-best second at Flat Rock Speedway. Outside of that, it was always the mile dirts where Cooksey excelled the most, finishing third four times between Springfield and DuQuoin.  In fact, 10 of Cooksey’s 16 top-five finishes came at Springfield and DuQuoin. The local favorite also earned the Menards Pole at DuQuoin in 2000. In 2003, a year that he finished third at DuQuoin, only NASCAR stars Tony Stewart and Ken Schrader finished ahead of him.

Despite having not raced at DuQuoin in years, Cooksey clearly understands the track. But, like all the rest, he’ll race on the “Magic Mile” at night, under the lights, for the very first time.

“You have to remember, we’re still going to start early in the day, so a lot of the laps Sunday will be in the daytime. I anticipate that early in the day, the track will fool some guys…normal DuQuoin…narrow. But later, once the sun goes down, enough moisture will come back to the middle and top. If you get up there, with enough guys working that groove, you could be really hauling the mail…high-wide and handsome.”

As always, Cooksey’s older brother Mike will be spotting.

“I think this night race deal’s got everyone all excited. I’m really looking forward to it. It’s going to be kind of neat just to be a small part of it. All these years later, I’m a little more laid back now…that should help. We won’t win the thing, but we’re gonna have some fun.”