Springfield, IL-(August 13, 2016)-The entry list for the 54th Central Illinois Super Chevy Stores-Allen Crowe 100 presented by Jive Communications was already littered with dirt track aces this week when the entry of young Tanner Thorson was posted by Venturini Motorsports on August 11.  The 20 year old Minden, Nevada native is a top flight midget driver for Springfield, Illinois native Keith Kunz and is sure to attract plenty of attention when he attempts his first ARCA Racing Series presented by Menard’s dirt track start on August 21 at the Illinois State Fairgrounds. 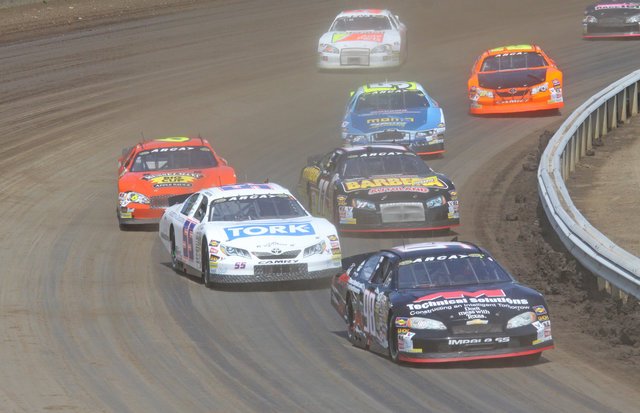 Thorson is in contention for a rare feat, winning two midget titles from two national sanctioning bodies in the same year.  His Keith Kunz prepared Bullet-Toyota machines have been at times unbeatable on various dirt tracks across the country.  At press time he has 2 victories in the USAC Honda National Midget Series and is 4th in the USAC standings just 60 points behind teammate Spencer Bayston.  It has been feast or famine for the youngster in the POWRI Lucas Oil National Midget Series.  He has 7 POWRI victories and has led more feature laps than the next three lap leaders combined but is second in the standings behind Zach Daum.

Thorson’s racing background is on dirt which may give him an advantage over some of the ARCA stock car pilots who have little to no dirt experience.  However, Thorson’s background is also markedly different from the big heavy stock cars and the mile dirt track they face on August 21.  Thorson came from outlaw karts into the national scene in 2013 racing midgets with Badger, USAC and POWRi. In 2014 he won twice in a limited POWR1 schedule and finished 5th in their standings.  In 2015 he won 4 times while finishing second in the USAC Honda National Midget Series and won 3 times in the POWRI series. He also made sprint car features in the World of Outlaws and All Stars series.  Near the end of the year he made his first USAC Silver Crown start in the Four Crown Nationals at Eldora.

Despite branching out to bigger cars and bigger tracks Thorson has never turned a wheel on one of the historic fairground dirt ovals and has yet to race one of the ARCA cars that weighs over twice as much as the open wheel machines he’s competed in.  Yet Tanner can’t be counted out as a front runner at Springfield.  The team owner Billy Venturini is well acquainted with the Springfield dirt, dad Bill is a Chicago native who ran the dirt tracks while running USAC and ARCA stock cars and Billy ran the dirt as well during his tenure as an ARCA driver.  Venturni Motorsports has a history of bringing in drivers who have dirt track, but little stock car experience and doing well on the fairground ovals as evidenced by victories at Springfield with Kevin Swindell in 2014 and DuQuoin with Steve Arpin in 2010.

ARCA invades the Illinois State Fair on Sunday, August 21st.  The schedule calls for the grandstand and ticket office to open at 8:30, 9:00 for practice, ARCA qualifying at 11:15, Sportsman feature at 12:00 noon, an ARCA autograph session at 12:30, and the SuperChevyStores.com 100 presented by Jive Communications take the green at 1:35.