(Du Quoin, IL) The excitement continues to build for the Labor Day weekend races at the Du 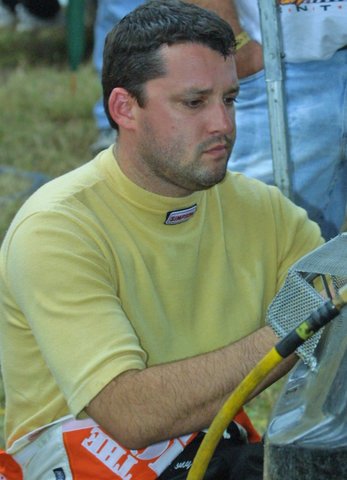 Quoin State Fair.  In addition to a full field of USAC Silver Crown Champ Cars expected for the Ted Horn 100 and a strong field of ARCA Racing Series competitors coming for the General Tire Grabber 100, the DIRTcar UMP Modified entry list is filling up with some great competition.  With the countdown around one week until cars hit the track, Track Enterprises has announced that 3-Time NASCAR Cup Series champion, Tony Stewart will be on hand competing with the DIRTcar Modifieds.

Tony Stewart, who retired from NASCAR competition at the end of the 2016 racing season, has been busy wheeling his 410 winged sprint car, promoting his Arctic Cat All Star Circuit of Champion Sprint Car Series, and running Eldora Speedway.  For the first time this season, Stewart will get back behind the wheel of a Modified, which will excite fans at the Magic Mile.

Stewart is not a stranger of Du Quoin, as he previously raced there in a Modified in 2011, coming from the back of the field to finish second to Ken Schrader.  Stewart also won an ARCA Racing Series event at the one-mile dirt track in 2003, after finishing 2nd to Frank Kimmel in 2001, which was his first appearance at the track.

Last year, over 20 Modifieds were in action at Du Quoin, with Schrader racing to victory.  This year, 25+ entries have already arrived at the office with more expected for the $2,000 to win event.  In addition to Stewart and Schrader, who will be driving team cars, fans will see Jesse Snyder, Curt Rhodes, Brian Shaw, Tyler Nicely, and many more names looking to take the top prize.

A number of fans may look at the Modifieds as a support class during the Labor Day weekend races at the Du Quoin State Fair, however, it has really gained a lot of steam over the years with strong fields of cars and has become a show of its own.  This year, the Labor Day Monday feature, which leads up to the ARCA General Tire Grabber 100, could be the best in several years.

Pit gates are scheduled to open on Sunday, September 3 at 1:00 PM, with the grandstands at 4:00, hotlaps at 5:00, and racing at 7:00 with Modified heats followed by the Ted Horn 100 for the USAC Silver Crown Series.  The ARCA Racing Series, presented by Menards comes to town on the following day for the General Tire Grabber 100 presented by Federated Car Care.

Monday pits will open at 6:30 AM, with grandstands opening at 9:00.  ARCA practice will be on track at 10:45 with Modifieds trackside for hotlaps at 12:00 noon.  General Tire pole qualifying will take place at 12:30 with the Modified feature to follow at 1:30.  The green flag is scheduled to drop on the General Tire Grabber 100 presented by Federated Car Care at 3:00 PM.

Advance discount tickets are available, reserved and general, for $25 each day through the Du Quoin State Fair box office or through the Track Enterprises office.  Tickets for children 11 and under are $10.  Day of race purchases at the gate are $5 more at $30 per person.  The Du Quoin State Fairgrounds ticket office can be reached by calling 618-542-1535, while the Track Enterprises number is 217-764-3200.

For more information on the upcoming racing schedule, visit www.trackenterprises.com, like the Facebook page at www.facebook.com/TrackEnterprises, or call the office at 217-764-3200.