(Nashville, TN) – For the third straight year, Fairgrounds Speedway Nashville will be the site of a huge early season event featuring some of the top racers in the United States.  It’s all set for Saturday, April 8th, as the ARCA Racing Series presented by Menards will run in the Music City 200 presented by Azure Foundation.  In addition, the Super Late Models of the ARCA/CRA Super Series powered by JEGS will go head-to-head with the Southern Super Series presented by Sunoco.  Both entry lists continue to grow and among the top stars will be two-time Daytona 500 winner, Sterling Marlin, who has recently entered the lineup for the North/South Super Late Model challenge presented by Team Construction. 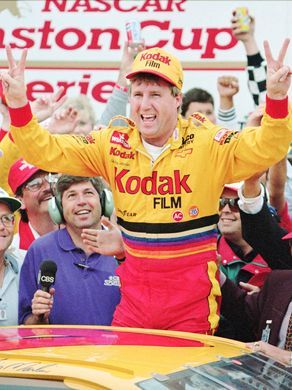 top 10’s and 11 pole awards.  The racing veteran is a local favorite, claiming multiple championships at Fairgrounds Speedway Nashville and still competes on a regular basis at the track in their Pro Late Model class.  Marlin recently made a start with CRA’s other division, the JEGS CRA All-Stars Tour, during Speedfest in Cordele, GA.

“Really looking forward to racing this show. It’s my favorite track and I want to race there every chance I get”, Marlin said.

What makes this a little more special, is that Marlin has not raced a Super Late Model in some time, racing Pro Late Models for the last several years.  2017 will mark the first time Marlin has been part of the ARCA/Super Late Model doubleheader at his home track.  The event will definitely be a challenge, with a star studded field of entries that continue to come in.

Marlin added, “We had a test with the Pro Late Model a week or so ago and it was bad fast so hopefully that will transfer over to our Super stuff.  It’s been a few years since I’ve run with the Supers.”

Some of Marlin’s toughest competition on the Super Late Model side will come from 2016 Southern Super Series champion, Donnie Wilson.  Wilson won last year’s combined event in convincing fashion.  On the CRA side, last year’s rookie of the year, Dalton Armstrong, who won a 50-lap event at Fairgrounds Speedway last year, will look to back up his strong 2016 campaign.  Armstrong, also won the Redbud 300 at Anderson Speedway.

A list in upwards of 30 cars is currently put together for the Super Late Model portion of the show.  That list is still expected to go up, as the event is important in terms of making the cut in terms of entries as well as making the show with provisional starting spots at the Bristol event in May.  Both the ARCA/CRA Super Series and Southern Super Series will be using their previous event entries as well as points to determine who makes the cut in Bristol.

The North/South Super Late Model Challenge 100 presented by Team Construction will have an optional three hour practice sesson on Friday, April 7th.  There will be another hour of practice on Saturday, April 8th, followed by qualifying, a last chance race if needed, and then the feature event, which will consist of 32 cars that will pay $5,000 to win in addition to a coveted guitar.  The ARCA Racing Series presented by Menards will also be in action on Saturday, April 8th with the Music City 200 presented by Azure Foundation.

Track Enterprises, the promotion company for the event, has discount presale tickets on sale for $5 off per ticket.  For ticket information, contact Track Enterprises at 615-470-5214 or 217-764-3200.  For full detailed information including times and prices, visit www.trackenterprises.com.