Double or nothing for AJ Fike at Springfield; corn dogs & concerts come later

Double or nothing for AJ Fike at Springfield; corn dogs & concerts come later

TOLEDO, Ohio (August 10, 2016) – And now there’s just one. Unless there’s an entry out of nowhere, AJ Fike stands alone as the only driver who will attempt the “double” this year at the Illinois State Fairgrounds Mile Dirt. 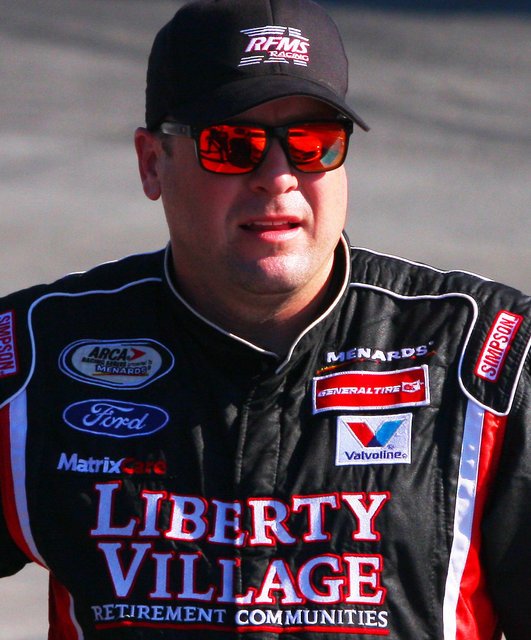 The Galesburg, Illinois local favorite will take a run at both Illinois State Fair championship auto races this year, racing in Saturday’s 55th Bettenhausen 100 in the USAC Silver Crown Series and in Sunday’s grand finale, the 54th SuperChevyStores.com (Allen Crowe) 100 in the ARCA Racing Series presented by Menards.

Winchester 2016As it turns out, Fike is pretty good at both, winning the Bettenhausen 100 in 2012 and 2013 and the SuperChevyStores.com ARCA 100 last year. Fike joins A.J. Foyt, Rodger Ward, Al Unser, Len Sutton and Roger McCluskey as one of only six drivers to accomplish the feat. To give it more punch, Foyt, Unser and Ward combine for 10 Indy 500 wins. Only Unser, in 1972, has won both events on the same weekend.

“Now that we’ve won both, it’d be nice to win both on the same weekend,” Fike said. “Now that we’ve finally won the ARCA race, I’m confident we can do it again.”

Certainly no driver these days would understand how to win both more than Fike.

“Depending on track conditions, you run a similar line with the Silver Crown and ARCA cars, at least at Springfield. But the Silver Crown car is way more forgiving. In the ARCA car, you have to keep those straight, not overdrive it, take what the car gives you, take care of the car, take care of tires…be there at the end. Both are fun to drive.”

Fike was more than “there at the end” last year. Fike had a seven second lead with 10 laps to go, then survived two late-race restarts, and still won by 10 lengths at the final stripe.

Fike considers Springfield his home track, being from Galesburg, less than a two hour drive away.

“I’ve always considered Springfield my home track. I don’t know what it is, but I wanna win at Springfield more than any other track. It’s added pressure for me because I want it that bad.”

Fike enjoys the State Fair nearly as much as he does the racing.

“That’s a big part of it…I really enjoy the fair. After the race, I take my daughter to the fair, get a lemon shake and a dog definitely. Usually always go to the concert after the race. Last year we saw the Brantley Gilbert concert…great way to celebrate the win. It’s usually a corn dog, pork chop on a stick and a ribeye sandwich…I can eat all three after a race.

“There’s just something really special about Springfield. I remember going to Springfield for the Silver Crown race every year since I’ve been eight…I think Chuck Gurney won that first one. Nothing compares to Springfield, not for me anyway.”

Looking back on the championship Champ Car/Stock Car Double

By Jay Hardin – Since 1965, stock cars and championship dirt cars have shared the last weekend at the Illinois State Fair. In the last 51 years, just 14 drivers have managed to make the starting lineup for both the Bettenhausen 100 and the Allen Crowe 100 on the last weekend of the fair.

When stock cars joined the Illinois State Fair lineup on Friday, August 20, 1965, young Mario Andretti slid behind the wheel of a Ford for the third running of the Allen Crowe Memorial while his Dean Van Lines Kuzma championship dirt car waited for Saturday’s Tony Bettenhausen 100. Andretti finished 11th in the Zecol Ford, then ran third to A.J. Foyt on Saturday. Six years would pass before another driver would try the “double” and it was none other than Foyt himself. For the first time the stock cars ran Saturday and Foyt finished 14th, and on Sunday he won the Champ dirt car event.

Al Unser and Ralph Ligouri were the next to make both main events in 1972 with Unser becoming the first driver to win both races on the same weekend. Unser tried again in 1973 but was unable to take a checkered flag in either event. Larry Moore (’76), Ken Schrader (’81, ’82, ’83), Gary Bettenhausen (’85, ’87) and Tom Bigelow (’87, ’89) also made both races. In fact, Bigelow became the first to run three races in the same weekend making the feature for the Rex Easton midget race as well.

Sixteen years would pass before anyone would make both races again. Young Justin Allgaier put his name in the history books in 2005 and started a newer trend of open wheel racers crossing over into ARCA stock cars for the Sunday show. Fike, Ricky Stenhouse, Jr., Brian Tyler, Chris Windom and Shane Cockrum all followed Allgaier’s lead.

Fike is the driver with the most starts in both races in the last 51 years, with nine, the last seven consecutive.