Kimmel was originally on track to get his 100th start last Saturday at Berlin, but opted out in order to make his centennial start at Springfield, a track more near and dear to his very soul. 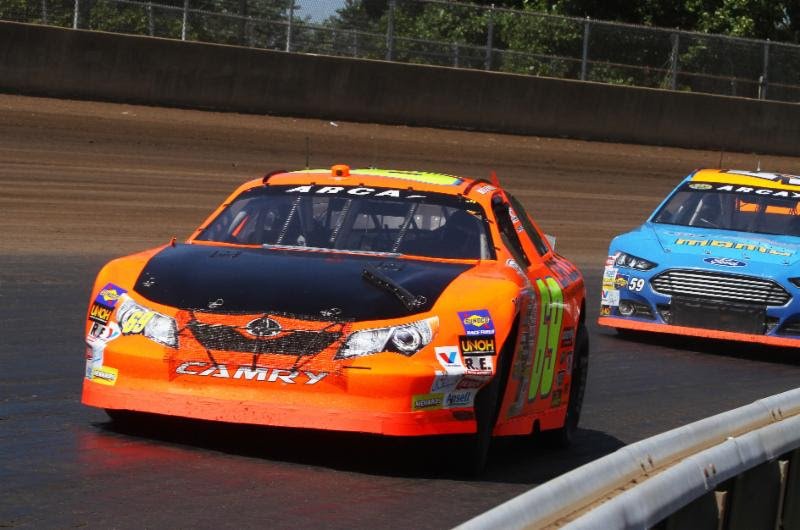 “Springfield’s always been special to me,” Kimmel said. “The list of names who have won there is so big…it’d be so cool to be on that list. Winning in our 100th start would be ideal at Springfield, but at this point, we’d take a win no matter where. But that’s exactly why I didn’t run Berlin. We weren’t going to run the whole race and I didn’t want that to be my 100th. We’re coming full tilt for Springfield.”

In seven previous starts at Springfield, every race since 2009, Kimmel’s earned two top-five runs with his best in 2011, finishing fourth. He was fifth in 2014, eighth in ’09 and 11th in ’12. He’s also had his share of bad luck on the Springfield mile, a rear-end failure in ’10, and engine failure in ’13 and an accident in last year’s race. But, when the luck’s going their way, the third-generation ARCA driver is always on the lead lap and in contention.

“Based on the success we’ve already had there, if things go our way we can compete at Springfield…same at DuQuoin. For a small team like us, the dirt tracks are the big equalizers.

“You can never really go there and know exactly what to expect out of the race track, so you shoot for the middle on set-up and hope you’re close enough. We go with what we’ve done in the past, and tweak our set-ups as we go. We’ve tweaked our set-ups from when Frank (Kimmel/8-time Springfield winner) won all his races. If you watch some of those past races, if the breaks go our way, we’re one of the fastest cars at those places.”

More than anything, Kimmel knows the set-up at Springfield is conditional on the weather.

“Weather plays a big part as to which way you go. One of my favorite races at Springfield was a couple years ago when we had all that rain and there was so much moisture in the track. You had an outside groove…something you don’t always get at Springfield, but what a cool race…so much fun to drive.”

Kimmel is thankful for a weekend off from the travel grind before Springfield.

“We’re having a hard time getting caught up in the shop, and this weekend will go a long way toward getting there. We’re bringing the composite car we wrecked in the first Pocono race.”

Kimmel ranks the Springfield mile dirt right up there with Daytona and his beloved Salem Speedway.

Side Bar: Our congratulations to Will and Erica Kimmel, expecting their first child in mid-February of 2017. The fourth generation of Kimmel racers shall soon arrive.

The 54th running of the SuperChevyStores.com 100, one of the capital city’s largest sporting events, takes center stage on the world’s fastest mile dirt track alongside the 164th annual Illinois State Fair, ongoing since 1853.