The excitement continues to build for the April 11 return of ARCA and the Southern Super Series to Fairgrounds Speedway, Nashville.  Not only are the fans looking forward to the first ARCA race since 1992 and the only Super Late Model race at the track this year, drivers and teams are thrilled for the chance to race at the historic facility.  The entry lists are already peppered with some top entries. 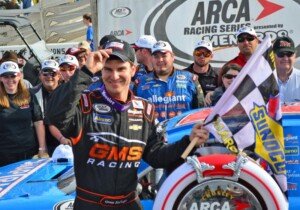 the charge to Nashville after back-to-back wins to start the season.  Enfinger has built up an 80 point lead in the standings, over Josh Williams, after wins at Daytona and Mobile.  3rd place point contender, Austin Wayne Self, has also pre-entered for the Troop Aid 200.

Another notable on the ARCA early entry list includes former NASCAR competitor, Bobby Hamilton, Jr., who enters the event 10th in the standings.  Hamilton, a local, is expected to be a frontrunner at his hometrack on the series.

Several drivers have spent some time testing at the track, due to it being a different venue on the schedule this year.  Self, as well as Bo LeMastus, Tom Hessert, and Kyle Weatherman have all spent time garnering some on track experience in the recent days. 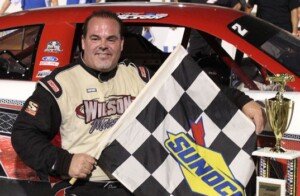 For the Southern Super Series Super Late Models, their gap between events at the Fairgrounds Speedway isn’t quite as big.  April 5, 2014 was the last visit for the SSS tour when Donnie Wilson claimed the top prize.  So far, plenty of notable names speckle the entry list.

The aforementioned Wilson is looking for another guitar but will have Harrison Burton, the young and talented son of Jeff Burton, Suwanee, GA driver Anderson Bowen, Mooresville, NC young gun Garrett Jones, and Laurenceville, GA’s Casey Roderick all there to challenge.

Augie Grill, of Hayden, AL, a two-time Snowball Derby champion, will be one of the top veterans looking for the illustrious Fairgrounds trophy.  Taking a quick glance over the entry list, a few locals appear as Mount Juliet, TN will be represented by Hunter Robbins and Joseph Meyer and Cecil Chunn, of Spring Hill, TN is also planning to run in the Federated Auto Parts 100 presented by Crosley Brands and Crane Cams.

Gus Dean, of Bluffton, SC and Cory Roper, of Baytown, TX are among other early entries for the April 11 event.

The event is a combined effort between Track Enterprises of Macon, IL, Fairgrounds Speedway Nashville, The Fairgrounds Nashville, and So Good! Entertainment.