(TOLEDO, Ohio – March 31, 2015) – There is a great deal of buzz around the upcoming ARCA Racing Series presented by Menards Troop Aid 200 at Fairgrounds Speedway Nashville, and Bobby Hamilton, Jr. is definitely feeling it.

“This is going to be a big deal,” Hamilton, Jr. said. “There hasn’t been anything this big around here in years, as far as I’m concerned. There are a lot of people talking; it’s really exciting. Anybody that takes the green flag down there…you’ll feel it. It’s big, like Bristol or any one of those tracks. It’s got that big-time feel to it.”

It’ll also have a hometown feel for Hamilton, who was born and bred in the Nashville area.

“The biggest thing is you get to see all the people who grew up with you…who saw you run late models there… who watched your career over the years, and it really is like a homecoming for me.”

The Hamilton name has been synonymous with the Fairgrounds facility for decades.

“Just the history of this place is plenty enough to get your attention. All the great drivers who raced here. All my dad’s championships…Darrell Waltrip, Sterling Marlin, and all the rest. There’s a lot of magic that comes with that place. To get the chance to come back…it’s such a big deal for me.”

Hamilton also thinks the aged track will give the teams without the big budgets more of a fighting chance.

“That’s the thing…when we were all running down at Lebanon (Nashville Superspeedway), it was all about grip and who had the best motor. At the Fairgrounds, it’s all about tire spin, and getting your car to turn in the center. It’s the kind of track where you could be running 10th or worse, make the right adjustment, and boom, you go from a zero to a hero in an instant. You don’t need the biggest, baddest motor there. You need to be fast through the center of the corner. 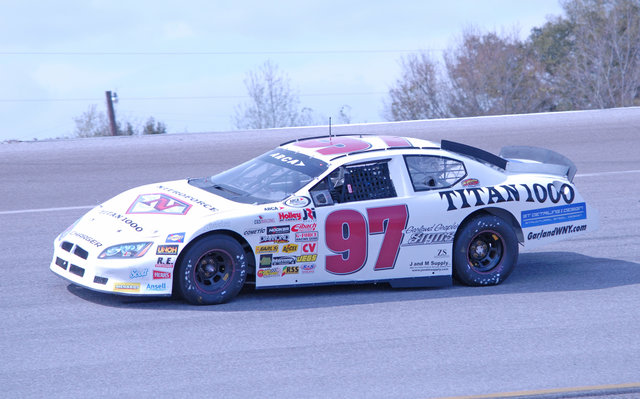 “The track’s got so much character. These guys coming who never raced there are going to fall in love with the place…it’s that cool. Another good thing is…you can pass on the outside. There’s a big ole bump over the tunnel turn. If you don’t hit that just right, you’re going for a ride.

“And turn three is its own animal in itself. With a late model, you can take a bigger, wider arch down through there. With these heavier ARCA cars, you’re not going to be able to do that so much. You can’t run the heavier cars down in there like that…you’ll back it in if you do and hit the fence. The back straightaway is so fast that you really have to be careful on your approach in three.

“But it’s the one track where the teams without a lot of money…or some of these young late model drivers can go in there and make something happen. It’s not all about money there…this is the type of track where a lesser financed team can make it happen. All the guys that won at Nashville over the years…Bobby Hamilton, Sr., Waltrip, Marlin, Casey Atwood…they all won by figuring out how to use the gas through the center of the corner. That’s the trick, if you can do it.”

Despite his NASCAR background, he’s been out of racing for several years, but sees ARCA as his ticket back.

“It’s so cool how ARCA does it. At some of the tracks where it’s feasible, they let the fans right down onto the track to mingle with the drivers…like we just did at Mobile. That was so cool. You bring the fans right down next to the cars and you get to hear all their stories…talking about my dad. Telling me they remember watching me race. It felt really good to be received that way. It was old school, grass-roots promotion that everyone ought to be doing. By the time we got done with the autograph session, I was smiling ear-to-ear. It was so cool to be around all that camaraderie again, and I’ll fight to the death to hang onto it.”

“I think ARCA’s got a really good handle on things right now…their new engine package, the composite bodies…they’re definitely headed in the right direction to where it really makes sense to be here. We just had so much fun at Mobile…meeting all those people who told me all those great stories about my dad. I was so excited to climb in the car and go racing. You never know how much you miss it, till you’re out of it. I’d love to call ARCA home, and I hope to be racing here for many years to come.”

In addition to reenergizing his racing career, Hamilton keeps himself busy back home with rental properties and a little pub and grill he runs in Greenbrier, Tennessee.

“Had a guy call out today, so I’m here beating out hamburger meat. You have to be flexible in this business, and fill in wherever’s necessary. I always liked the restaurant business. We’ve got this little sports grill (Highway 41 Grill) here in Greenbrier. You’re talking maybe a town of 1,500 so there’s not a lot going on here. We’re right here on the strip, so it’s become a real hangout.”

On-track activities for the 24th Troop Aid 200 begin Saturday, April 11 with the first practice session from 12:15-1:00 p.m., followed by the second and final practice session from 1:45-2:30. Menards Pole Qualifying presented by Ansell will take place at 5:00 Saturday afternoon. The Nashville ARCA 200 is set to start at 8:00.