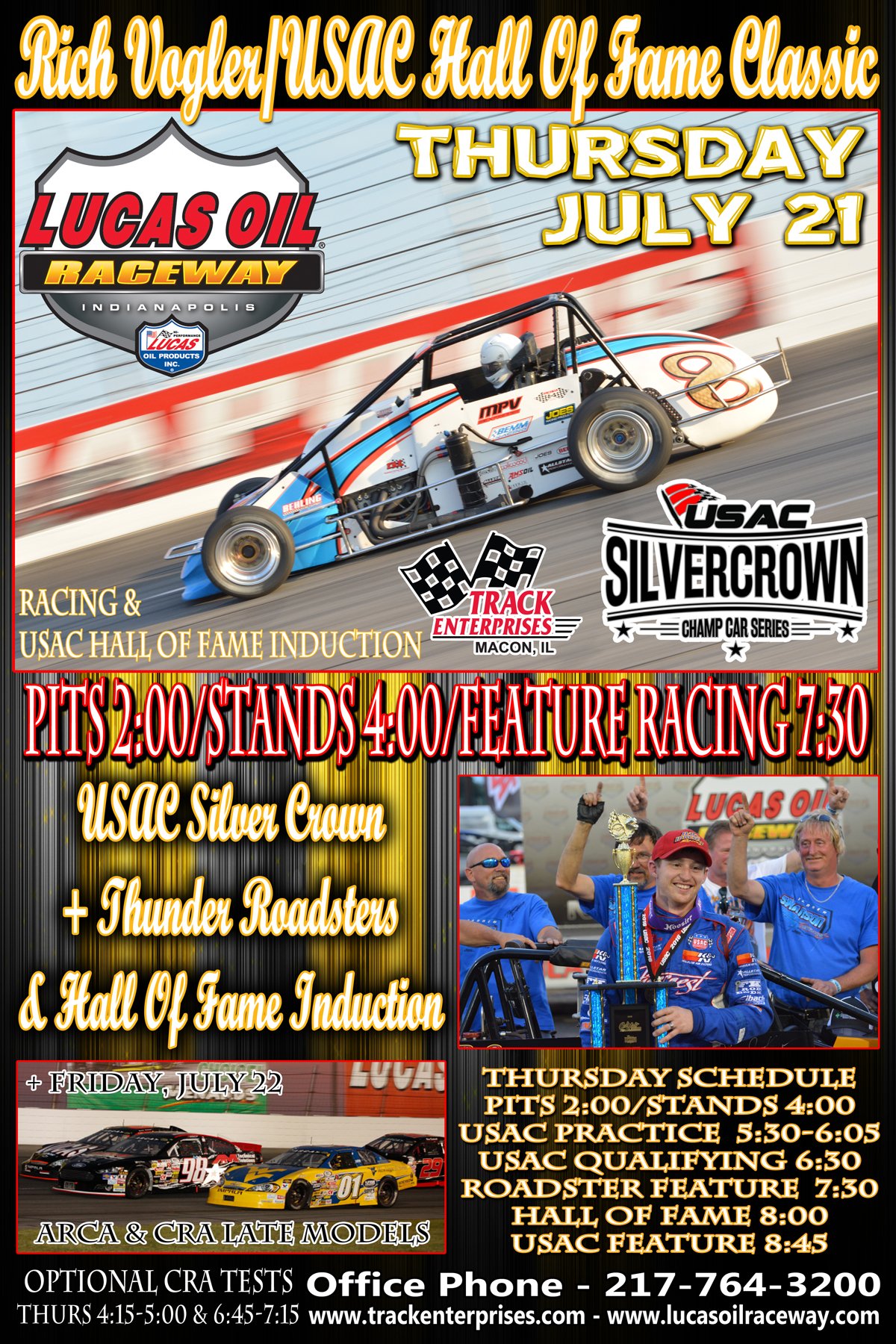 Crown machines (1999). He was the 1999 Silver Crown champion and three years earlier had been named the series “Rookie of the Year.” He has two series victories, the last coming in a 1999 race at Gateway Motorsports Park in Madison, Ill.

Newman will pilot an entry for Bowman/Armstrong Racing of Brownsburg, Ind. and will team with Tanner Swanson, the winner of five of USAC’s last six Silver Crown races at the .686-mile paved oval.

Thursday’s race salutes the career of the late Rich Vogler, who amassed more USAC victories than any driver in history.

Pits open at 2:00pm, grandstands at 4:00, Silver Crown practice at 5:30, Silver Crown qualifying at 6:30, the USAC Hall of Fame Induction ceremony begins at 8:00 while the green flag waves for the Silver Crown “Rich Vogler Classic” 100-lap race at 8:45.  The Thunder Roadsters and Vintage Cars will be there in addition to the ARCA/CRA Super Series, which will have a couple of test sessions for Friday.

The event is the first of a two-day racing show at Lucas Oil Raceway this weekend.  On Friday, the ARCA Racing Series presented by Menards will be in town for the Sioux Chief PowerPEX 200 presented by JIVE.  The ARCA/CRA Super Series will also be on track for the CSX Play It Safe 100.  Full info on the two events can be found at www.trackenterprises.com.

Adult general admission for Thursday is is $25.  Advance tickets are available at https://usacracing.ticketspice.com/track-enterprises.