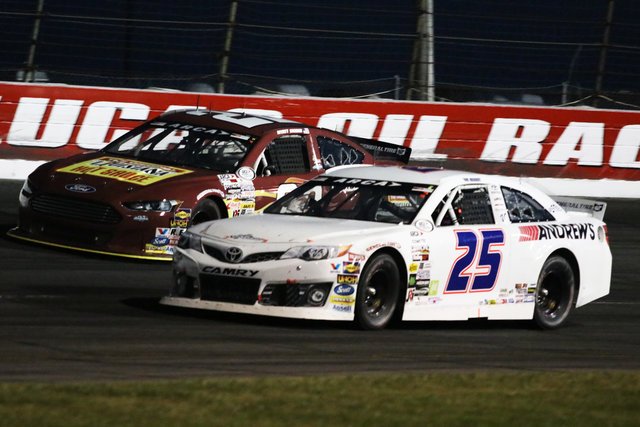 TOLEDO, Ohio (March 21, 2017) – Officials from the Automobile Racing Club of America (ARCA) and Sioux Chief Manufacturing have jointly announced that the rough plumbing components manufacturer will become the primary sponsor of the ARCA Racing Series Short Track Challenge for 2017.

Sioux Chief Manufacturing partnered with ARCA series sponsor Menards in 2015 to become involved with the series. The business-to-business relationship between Menards, the country’s third largest home improvement retail chain, and Sioux Chief, a leading rough plumbing manufacturer and supplier of cutting-edge products for plumbing and mechanical contractors, brings opportunities for Sioux Chief to promote its products to the Menards contractor customer base.

“Sioux Chief is thrilled to expand our sponsorship for the 2017 season, becoming the primary sponsor for the ARCA Racing Series Short Track Challenge. We are looking forward to another exciting season of great racing,” said the President of Sioux Chief Mfg. Co., Inc., Joe N. Ismert.

The Sioux Chief PowerPex 200 at Lucas Oil Raceway will be race No. 7 of the Sioux Chief Short Track Challenge, and will be broadcast live on FS1.

“Each short track is so different in the ARCA Series and they’re all challenging in their own way,” said Briscoe. “There’s definitely a lot of pride that goes with this short track championship, and I consider it a huge honor.”

“The Short Track Challenge was an immediate hit with both participants and fans,” said Mark Gundrum, ARCA’s vice president of business development and corporate partnerships. “It quickly proved to be a great way to bring even more notoriety to the great short track racers that compete in the ARCA Racing Series presented by Menards.”

Sioux Chief Manufacturing is a family-owned American corporation based in Peculiar, Mo that designs and manufactures rough plumbing products, parts, and accessories for residential, commercial, industrial and government applications. Sioux Chief’s product line is divided into three core groups: Supply, Drainage and Support. Sioux Chief designs, builds, and maintains its own machines, tools and dies, and equipment. Sioux Chief manufactures more than 90% of the products it sells and takes great pride knowing industry professionals rely on them for their intense focus on crafting tomorrow’s better rough plumbing tools and equipment.

Menards home improvement stores are well known throughout the Midwest for a complete selection of high-quality, name brand merchandise and all the tools, materials and supplies for any job. Menards offers full-service lumberyards, beautiful garden centers, name brand appliances, pet & wildlife products and even a line of convenience groceries to provide a one-stop shopping experience. Whether just needing a light bulb, gallon of paint or household supplies, or building a deck, fence or new home, there is something for everyone at Menards whether a beginning do-it-yourselfer or more experienced contractor.

A family-owned and run company started in 1958; Menards currently operates 305 stores located in 14 Midwestern states. Menards is known throughout the home improvement industry as the low price leader; it’s no wonder their famous slogan – “SAVE BIG MONEY” – is so widely known and easy to remember. Menards does things right – the company’s strength and success can be seen in the well-stocked and maintained stores, the lowest prices in town, and the way Guests are always treated like family.

The Automobile Racing Club of America (ARCA) is among the leading and most versatile auto racing sanctioning bodies in the country. Founded in 1953 by John and Mildred Marcum, the organization administers more than 100 events each year in multiple racing series, including the ARCA Racing Series presented by Menards, the ARCA/CRA Super Series and the ARCA Midwest Tour, plus weekly racing at Toledo and Flat Rock Speedways.

Remaining tickets and pit passes will be sold at track on raceday.