Concord, NC (April 2, 2015) –After an opportunistic meeting earlier this year at Daytona International Speedway, driver Clay Greenfield and Venturini Motorsports (VMS) have teamed up for the April 11th ARCA Racing Series presented by Menards Troop Aid 200 at Fairgrounds Speedway Nashville.
Greenfield, a Clarksville, TN, native has raced partial NASCAR Camping World Truck Series (NCWTS) schedules over the last 4 seasons competing in 30 races and earning a career best 10th place finish at Daytona in the 2012 in the NEXT Era Energy Resources 250.

“This is the most excited I’ve been about any race in my career,” said Greenfield. “As a middle 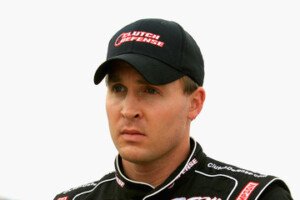 Tennessean I have strong emotional ties with the Fairgrounds. After all the controversy surrounding the fate of the track it’s great to have a national touring series (ARCA) return and put the racing spotlight back on this historic track.” With over 100 career late model and legend car starts at the Fairgrounds Speedway Nashville, Greenfield sees his pairing with VMS as a great opportunity for success.

“I’ve followed Venturini’s success closely over the years and always wanted an opportunity to drive their equipment. So when our NASCAR Camping World truck series haulers were parked next to each other at Daytona we started talking about the possibility of running Nashville together. Although we have a tight sponsorship budget we couldn’t pass up the opportunity to go back to Nashville with a real shot of winning the race,” added Greenfield. In preparation for the ARCA Troop Aid 200 event at Nashville Greenfield will join VMS driver Brandon Jones on Monday, April 6th for a testing session at the track.

Over the span of his career Greenfield has won 177 races, 7 championships and 2 rookie of the year awards. In 2004 he made his only ARCA Series start at Salem Speedway finishing 12th in a Wayne Peterson prepared car. Away from the track Clay donates his time as the Director of Media for the Dawn Stanfill Foundation; a Children’s charity benefiting families affected by pediatric cancer. In 2009 Clay graduated from Austin Peay State University with a Degree in Business.

With the Nashville race only being a one-off ARCA opportunity for Greenfield, he’ll continue to pursue sponsorship opportunities for his driver/owned NCWTS race team. He’s expected to compete in the NCWTS races at Bristol and Talladega later this season.