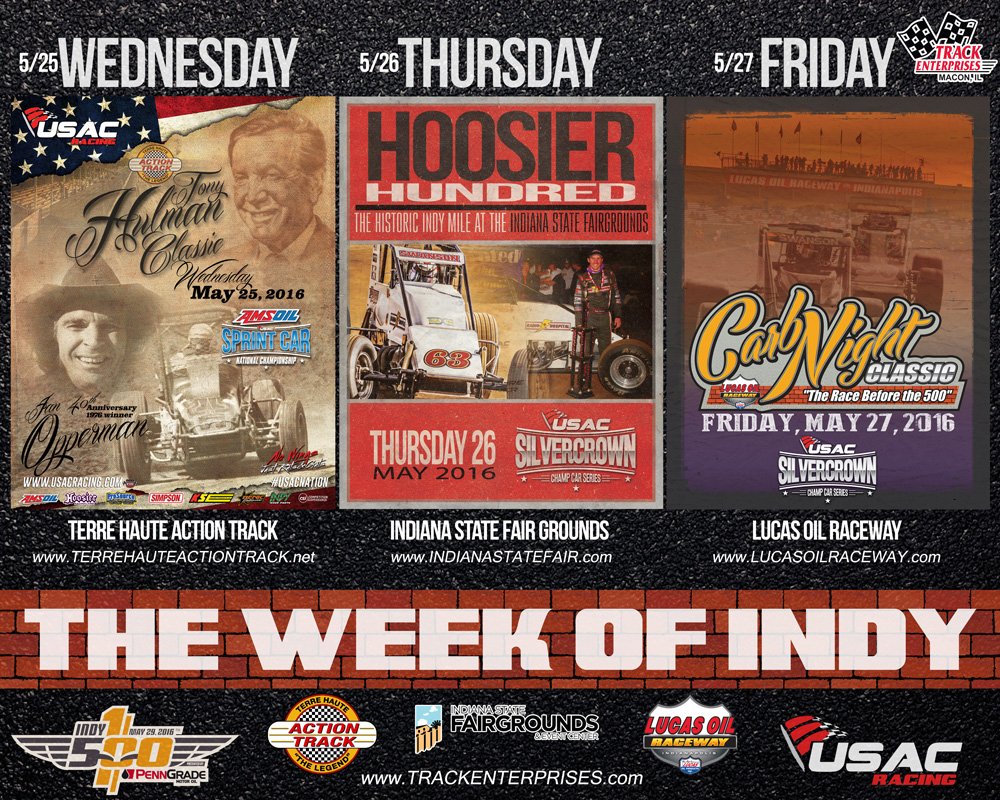 (May 18, 2016)-Indianapolis, IN-A historic racing venue in existence for 113 years and a historic motor race held on the same facility for the last 63 years are bound to produce competitors with family ties. Such is the case for the Hoosier Hundred held at the Indiana State Fairgrounds as third generation racing drivers are beginning to make names for themselves in a series whose ancestry dates back to the very beginning of motor sports, the USAC Silver Crown Series.

The long-wheelbase championship dirt cars of the Silver Crown Series have a heritage that dates back to the earliest times of national championship racing and the open cockpit, single seat front-engine cars once were the featured attraction at the Indianapolis Motor Speedway.  Given a separate series from the national championship in 1971 the cars quickly gained their own identity with second generation drivers like Gary Bettenhausen and Pancho Carter becoming champions in the Silver Crown machines.

Looking at the record books it appears that the first third-generation driver (whose grandfather made at least one championship start) to appear in a Hoosier Hundred was the grandson of two-time Indy 500 winner Bill Vukovich.  Young Billy III, whose dad Bill Jr. was a series regular, made the September 100-miler and finished 27th driving for legendary chief wrench A.J. Watson.  Ironically nearly four months prior Billy had become the first third-generation driver to start in the Indianapolis 500.  However, grandfather Bill never made a championship start on the Indiana State Fair mile prior to his 1955 Indy 500 accident.

So, who was the first third generation driver to make a Hoosier Hundred lineup whose grandfather also started the historic event?  Well, on September 28, 2001 the grandson of six-time Hoosier Hundred winner A.J. Foyt, A.J. IV started the night 19th in his grandpa’s famous number 14 and finished the race in 28th.

Nemire and Ligouri are expected to return along with 30 other pilots in the 2016 Hoosier Hundred set for May 26 on the “Track of Champions” at the Indiana State Fairgrounds.