The much anticipated and newly named, USAC’s “The Week Of Indy” is coming up next week, leading up to the 100th running of the Indy 500.  It begins on Wednesday, May 25 at the Terre Haute Action Track, then the Hoosier Hundred at the Indiana State Fairgrounds on Thursday, before the finale at Lucas Oil Raceway in Indy on Friday, known as the Carb Night Classic, “The Race Before The 500”. 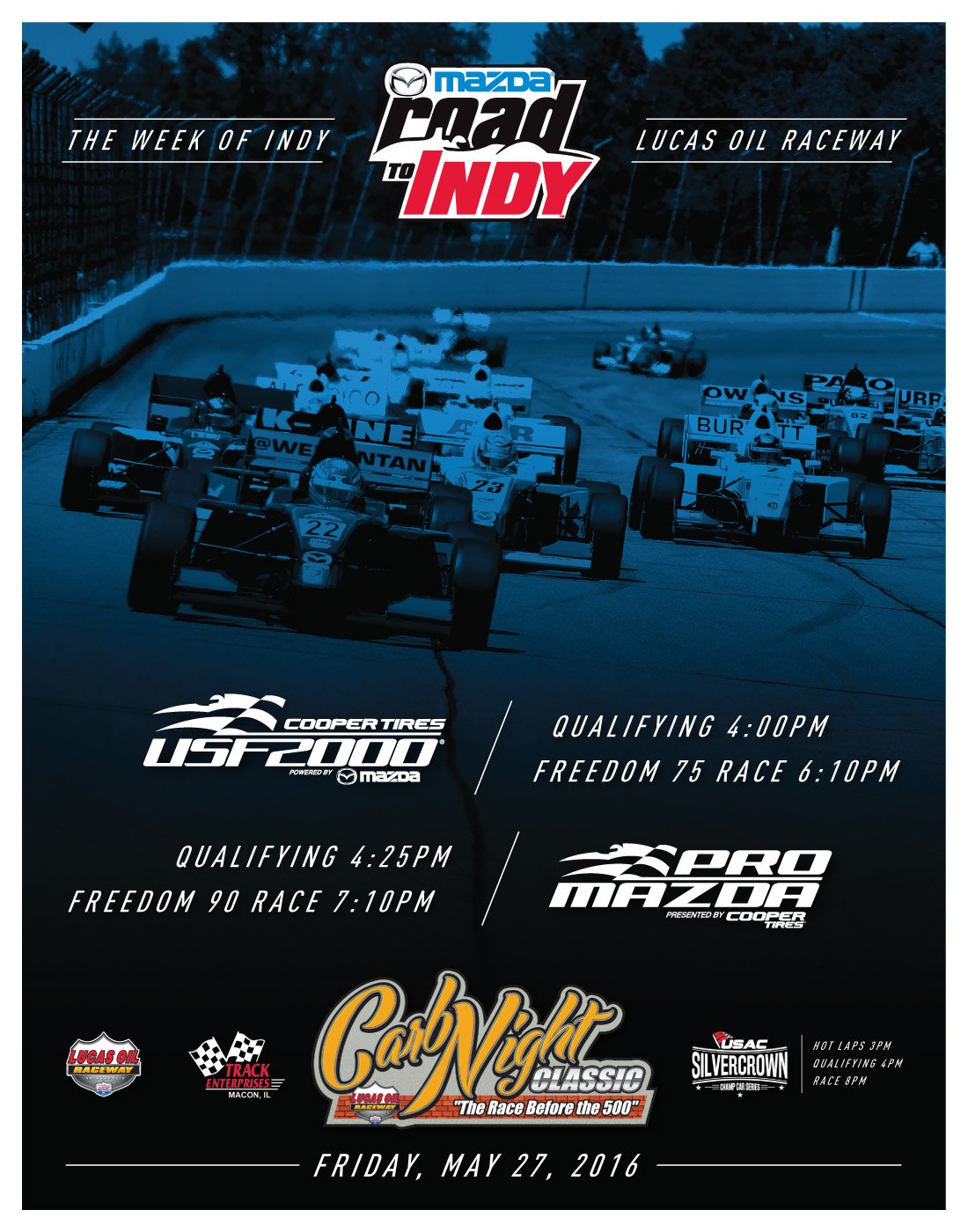 Formerly held on Saturdays, the USAC Silver Crown cars will be racing at Lucas Oil Raceway in Indy on Friday, May 27 in addition to the Cooper Tire USF2000 and Pro Mazda cars.  The event was moved to Friday, to fill a void for racing fans that who had no racing that night and more than one choice on Saturday. 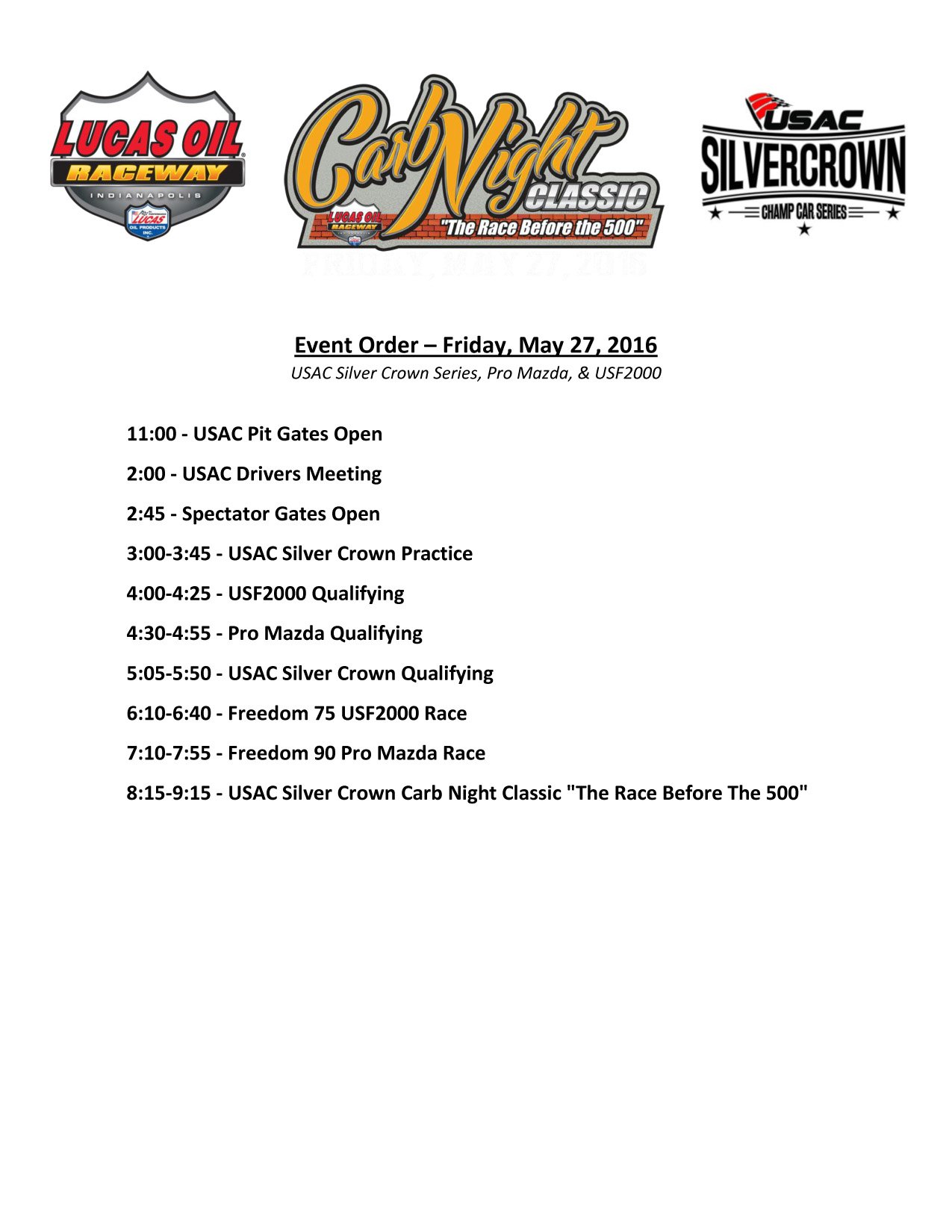 General admission seating for the event will be $25 for adults and $10 for 11 & under.  Tickets will be available at the gate.

A three day adult SUPERTICKET is available for a 25% savings at just $60 to see all three events.  The voucher will be good for a general admission pass to the Tony Hulman Classic at Terre Haute and the Carb Night Classic at Lucas Oil as well as a reserved ticket to the Hoosier Hundred at the Indiana State Fairgrounds.  To purchase the three day SUPERTICKET, visit https://usacracing.ticketspice.com/the-week-of-indy.