The 2016 edition of the Bettenhausen 100 for the USAC Silver Crown Champ Car event, scheduled for Saturday, August 20, was canceled due to rain. After a couple of days of searching and deliberation, it has been decided that the event will unfortunately not be rescheduled for 2016.

Officials announced at the time of the rainout that if there was to be a raindate, it would be announced early this week. Unfortunately, due to lack of good available dates, scheduling conflicts with State Fair booking, USAC availability, and other race events, the event will not be rescheduled. 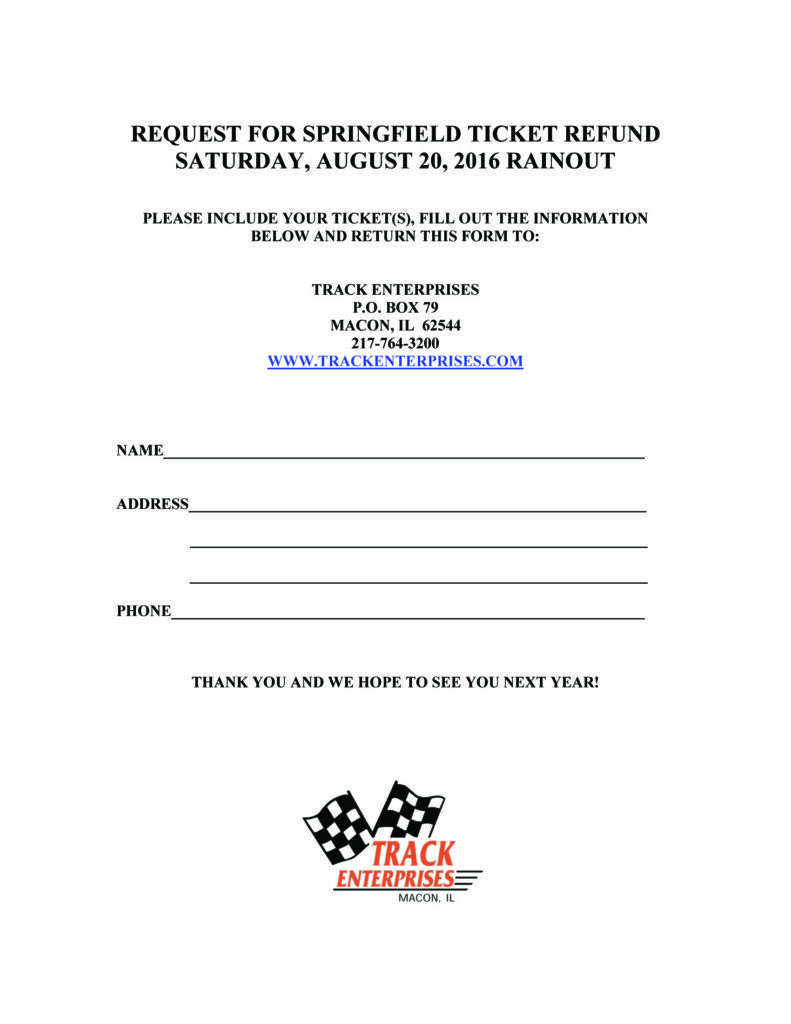 obtain a refund by mailing in their tickets and filling out the refund form, which can be obtained from the Track Enterprises website at www.trackenterprises.com, the Facebook page www.facebook.com/TrackEnterprises/, or by emailing track@trackenterprises.com. For any questions, you may also call the offices at 217-764-3200.

The next event on the USAC Silver Crown schedule comes up in less than two weeks at the DuQuoin State Fairgrounds with the Ted Horn 100 presented by Casey’s General Stores. The event should boast a great field of cars, especially with the Springfield rainout. The race is scheduled for Saturday, September 3, with the ARCA Racing Series event to follow on Sunday, July 4. It’s a new day for each, as historically the events have been held on Sunday and Monday. Now, with the Saturday-Sunday combo, both races will be held under the lights at the Magic Mile.