TOLEDO, Ohio (April 5, 2016) – If all goes to plan, Sellersburg, Indiana’s Cole Williams will be making his career-first ARCA Racing Series presented by Menards start when the Music City 200 comes to lifeSaturday, April 9 at Fairgrounds Speedway Nashville. 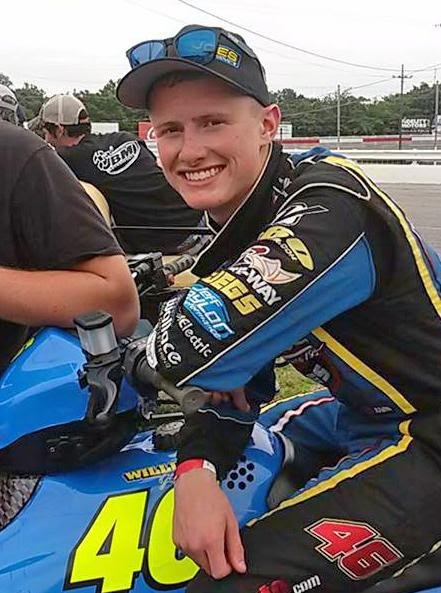 “It’s definitely going to help, being familiar with the race track,” Williams said.

“I was able to focus on the race car in the test. I didn’t have to search around for the best groove…I already knew exactly what groove that I run. I could focus completely on the car rather than the track, and I think that gave me a little more confidence.”

Williams also knows that running well in an ARCA Racing Series national event in your first attempt is challenging to say the least, despite all the on-track experience he has at Nashville.

“I’m definitely confident with Venturini Motorsports…working with Billy (Venturini). I know I have the equipment and resources to win, and we’d obviously love to win it…that’s always the goal. But, being my first time, if I can come out with a solid finish, all the fenders on it and get the experience I need, it’s going to be a good night.”

Being already familiar with the Nashville track, Williams opts for the same groove in the ARCA car that he runs in the Late Model, which seems to be different than most everyone else.

“Billy (Venturini) was joking with me about the funky groove I was running compared to everyone else. But it ended up working…we were fast.

“The biggest adjustment for me between the heavier ARCA car and the Late Model was the corner entrance. I’m used to driving in so much deeper in the Late Model. The ARCA car is so much heavier…biggest thing is how much I had to back up my corner with the ARCA car to get it to roll through the corner right.”

Being from Sellersburg – in the heart of Kimmel Racing country – Williams has a solid connection to the Kimmel clan. His late model car is lettered with the No. 46, the same number Frank Kimmel wore en route to nine of his 10 ARCA national championships.

“Bill Kimmel (Jr.) raced late models for my grandpa. They actually won all those track championships at Louisville Motor Speedway together. That was my grandpa’s car. Frank (Kimmel) comes out to the garage to help on our late model too…he was just here this week.”

When Williams isn’t working in the business of shipping and receiving for a tool design company, the 20-year-old racer goes to school full-time at Indiana University Southeast, studying Business Marketing & Management.

Williams is keeping his options open for the remainder of 2016.

“We usually race once a month in the late model at Nashville…I’m also planning to run the ARCA race at Toledo (Menards 200) with Venturini Motorsports. From there, we usually pick and choose late model touring events.”

Tickets Information for the Music City ARCA 200 at Nashville

Presale tickets, including discounted reserved seats for the Music City 200 ARCA race, are available for Rockin’ & Racin’ at Fairgrounds Speedway Nashville. The two-day event, Friday and Saturday, April 8-9, will feature some of the best drivers across the nation in addition to a live Colt Ford concert with special guest Trent Tomlinson at the track as part of Friday’s event.

Friday’s general admission tickets for the Super Late Model doubleheader featuring the ARCA/CRA Super Series and the Southern Super Series plus the Colt Ford/Trent Tomlinson concert are available for just $20 for adults and $5 for kids ages 5-12.