The second event of the season for the ARCA Racing Series, on the heels of Daytona, will mark 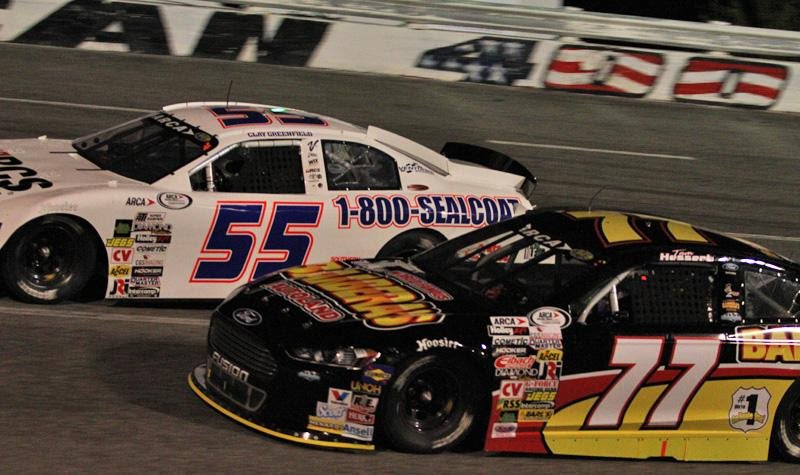 the  25th ARCA appearance at Nashville since its debut on the historic short track in 1959 when three-time ARCA champion Nelson Stacy won the inaugural 300-lap race.

Current ARCA Racing Series point leader John Wes Townley hopes to add his name to the impressive list of ARCA winners at Nashville, and he’s off to a great start. The Watkinsville, Georgia driver opened the season with a victory at Daytona Int’l Speedway, his second career win at Daytona. He’ll now look toward Nashville for what would be his career-first ARCA short track triumph.

“Our Nashville car’s done, ready to go,” Townley said. “I know we have a plan in place for a two day test at Nashville the 23rd and 24th (of March). I’m really looking forward to racing there. Raced a late model there but it’s been a while.” 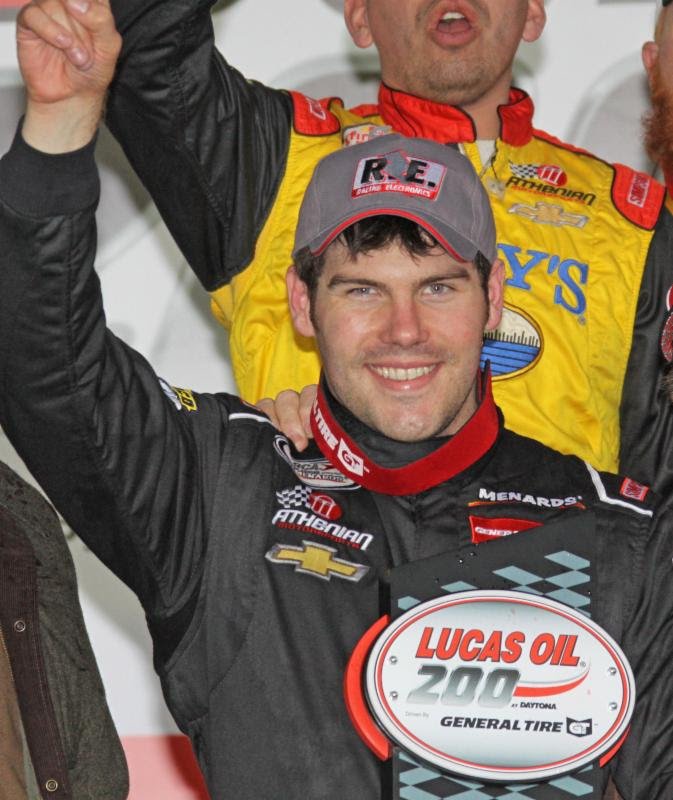 Townley’s in the middle of a very busy race season, running the full NASCAR Camping World Truck Series schedule, several XFINITY Series races and at least 17 of the 20 ARCA races, including Nashville.

“Coming back to ARCA is really stress-free. I don’t mean to say there’s no pressure in ARCA, but for me coming back and running with ARCA is stress-free in comparison to everything else we’re doing. There’s nothing I don’t love about coming back and running with ARCA. It’s competitive…I love all the tracks…it’s getting back to my roots, and I love it. Nashville is one of those iconic short tracks, and I’d love to be able to say I won there.”

Townley will be campaigning a brand new Composite Body car at Nashville straight out of his Athenian Motorsports shop.

In addition to being one of those “iconic” tracks, Nashville builds champions, especially for those who steer their way into the winner’s circle on the seasoned 5/8ths-mile banked oval.

While racing began at the Tennessee State Fairgrounds as early as 1904, the track which evolved into the current day Fairgrounds Speedway Nashville held its first race in 1958. The track was also home to 42 NASCAR Sprint Cup races from 1958-1984 with Richard Petty leading all drivers with nine wins followed by Darrell Waltrip with eight. Other Cup winners include Joe Weatherly, David Pearson, Bobby Isaac, Cale Yarborough, Buddy Baker, Bobby Allison, Benny Parsons and Dale Earnhardt. The NASCAR Xfinity Series raced there nine times from 1984-2000, and the NASCAR Camping World Truck Series held five races from 1996-2000.

Discounted tickets on sale now
Discounted advance reserved tickets for the top eight rows along with general admission passes for theSaturday, April 9 portion of the event are now on sale in the Track Enterprises office. Pre-sale reserved tickets for Saturday are $25 each, which includes a $5 discount per pass. Friday tickets will be sold general admission at the gate. To order your tickets to this year’s ARCA 200 along with the North-South Super Late Model Challenge, visit call Track Enterprises at trackenterprises.com

The USAC Racing AMSOIL INC. National Sprint Cars are coming to Federated Auto Parts Raceway at I-55 in Pevely, MO, this coming Sunday, June 7. The DIRTcar Modifieds will also be in action, racing for $1,000 to win. Tickets are available at www.usactickets.com.Federated Auto Parts Raceway at I-55Pevely, MODateSunday, June 7, 2020ClassesUSAC AMSOIL National Sprint CarsDIRTcar Modifieds*Modified teams need to register at https://www.myracepass.com/series/1788/registrationsTimesPits 1:00 AMStands 3:00Hotlaps 5:00Racing 6:15A limited number of grandstand tickets will be available to ensure plenty of room to spread out in the seating areas. Once they are gone, they are gone!PricesPresale General AdmissionAdults 13+ $30Kids 0-12 - $10Tickets available at www.usactickets.com . Any leftover tickets will be sold at gate on raceday.Pit Passes$30 For USAC/UMP Members$35 For Non-MembersEvent Guidelines:Masks are highly encouragedUtilize 6 foot social distancing rule where possibleBring along hand sanitizerDo not attend if having any signs of illnessLimited concessions will be availableFor any questions call Track Enterprises at 217-764-3200.

The USAC Racing AMSOIL INC. National Sprint Cars are coming to Federated Auto Parts Raceway at I-55 in Pevely, MO, this coming Sunday, June 7. The DIRTcar Modifieds will also be in action, racing for $1,000 to win.

Tickets available at www.usactickets.com . Any leftover tickets will be sold at gate on raceday.